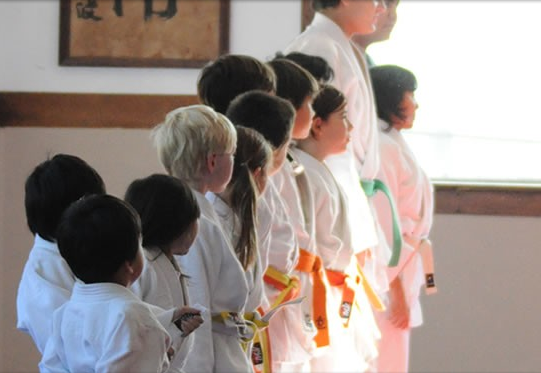 They find themselves confused at their child’s enthusiasm when they are actually in class. “I have to fight to get them here,” or “He just wants to play with his friends,” are what we commonly hear from frustrated parents.

These parents often consider letting their son or daughter quit but then come to find that’s not really what the child wants. “How,” they ask me, “can he want to keep training but fight me when it’s time to come?” Many times if the child is allowed to quit they eventually go through the same thing again with a new activity.

They find it very difficult to understand the contradiction between having to fight to get their child to class and the fact that they have so much fun when they get there.

To solve the ‘mystery’ and eliminate the misunderstanding we must first understand the way a child thinks and the way their brain has developed to this point in their young lives.

What makes them resist coming to class but enjoy it once they are here? The answer is Timing.

And this is linked to the physiological development and growth of their brain.

Quite frankly, children (and some adults) have not developed an understanding of the concept of scheduling and timing. That is to say that, once they have become involved in something that is what they want to do. Anything else, regardless of how pleasurable or necessary at that moment, is seen as a hindrance to ‘this moment’s fun.’ Whether it is watching TV or playing with their friends, or whatever, once a child becomes involved in something, anything, that “thing” gets ALL of their attention – period.

This behavior is completely natural.

Don’t blame the child or think that you must be a bad parent or the only one dealing with this sort of thing. It is completely natural. The reality of the matter is that your child cannot do what you ask because:

2) The parts of the brain that process this type of information and data, quite literally, haven’t developed yet, and…

Therein lies the secret for overcoming both the frustration and the confusion. Just don’t allow your child to get into anything that you KNOW will make him or her not want to stop, when it’s time to go to a karate class.

Won’t they go stir-crazy? What’s a child to do while waiting?

Good question. And the answer is practice “preparing for class.” This simple step will actually help your child to develop the skills you’re looking for and promote brain growth in those areas.

So, instead of letting them drift into TV Land or sit glued to the computer screen, at least for an hour or so before you leave for class, have them “get ready.” Make it a rule that they have to make sure that they have their uniform, belt, and equipment. Have them practice their moves by “showing you what they learned last class” or “what their favorite techniques are.”

We as parents and teachers must help our children over these moments with gentle reminders of other commitments and necessities until they learn this for themselves. Unfortunately, until a child learns to project their thought processes forward to specific time periods (as opposed to the general “can we ____ sometime?” or “when will it be tomorrow?”) they will have to be taken away from things they are engaged in ‘at the moment.’ I know it’s rough, but it’s also “natural.” And, no amount of wishing for an easier job as a parent will make your child’s brain work any differently. The fact is, that until this skill develops, YOU will have to be there as a stand-in to help them through. Once they learn this new ability, it will help all areas of their lives.

So, the next time you have to do something like coming to karate, try giving your child a “heads-up” before they become involved in any activity. Once they get in the habit of thinking ahead and preparing for a future event, they will do more and more of it on their own. Until then, it will take a little nudging, prodding, and reminding. This is how we prepare them for life.

This article was originally written by Jeffrey Miller and edited by Sensei Gavin.

Looking forward to seeing you at the dojo,
Sensei Gavin Armstrong